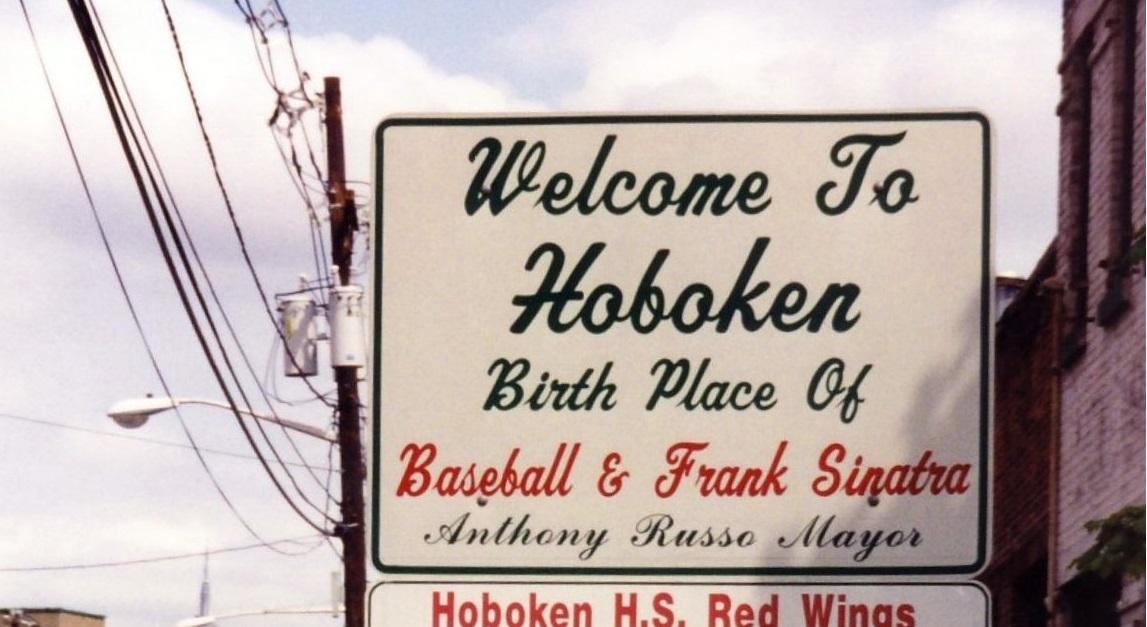 Attorney Makes Convincing Case for Hoboken as Birthplace of Baseball

From the pages of Boston Baseball magazine

Tucked under the protective arm of New York City -- just a few miles down the Hudson River from Yankee Stadium -- is Hoboken, New Jersey, the true birthplace of baseball.

Perhaps best known as the birthplace of Frank Sinatra, Hoboken was the site of the first game of modern baseball. On June 19, 1846, members of the New York Nine and the Knickerbockers Base Ball Club met for the first known match of the 'gentleman's game' at the Elysian Fields, near the Hoboken waterfront. 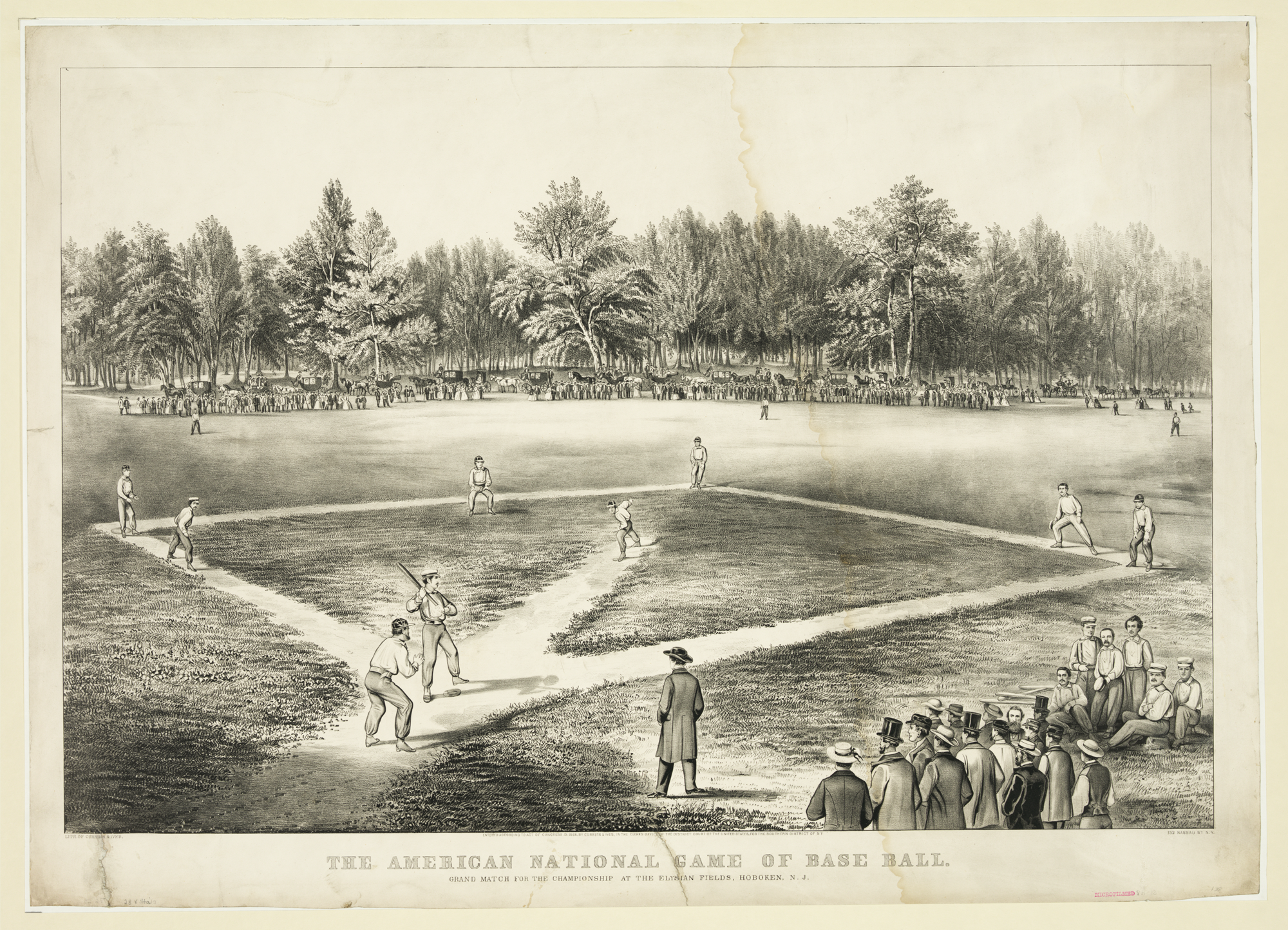 An early depiction of a game at the Elysian Fields in Hoboken, NJ, circa 1866. (Currier & Ives lithograph)

Once the playground of affluent New Yorkers, the Fields are now the site of an abandoned General Foods plant. Hoboken attorney Steven Speiser, who heads a group called American Baseball Heritage, Inc., hopes to acquire land on the site and eventually build a museum and field commemorating the first game, which the New York Nine won 23-1.

"The people of Hoboken have a great deal of civic pride in the city's role in baseball's origins," says Speiser. "Hoboken is not an unknown community, but a museum would mean international visibility and help us to present a new face to the world.”

Speiser and his associates are working to debunk one of the greatest myths of American history--the origin of baseball. Popular myth credits Abner Doubleday, a Civil War general, who allegedly organized the first game in 1839 at Farmer Phinney’s Lot in upstate Cooperstown.

Speiser notes that Doubleday was at West Point in 1839, had no more than a passing interest in baseball, makes no mention of baseball in his memoirs, and is not enshrined in Cooperstown’s Baseball Hall of Fame. .

“There’s a whole history to the game most people don't know about,” Speiser insists.

The true father of baseball was a man named Alexander Joy Cartwright, who is enshrined in Cooperstown. A New York City banker, Cartwright became involved with the Knickerbockers in the mid-1840s and umpired the first game in Hoboken.

Legend states that Cartwright stumbled upon a group of youths in New York playing “1-2-3 Old Cat,” a popular game of the time, and told them he could teach them a better game. Soon, Cartwright and his peers began to play this new game of 'base ball' at East 27th Street in New York City, the site of the old Madison Square Garden. The game involved two teams of nine men apiece, three outs per inning, three strikes per out, four bases 90 feet apart in a diamond shape, and fair and foul territories. The pitchers threw underhand and the game was decided when a team reached 21 runs.

“The Knickerbockers deserve to be acknowledged as the forefathers of American baseball," Speiser says. "They introduced a number of rules that are fundamental to the game."

American baseball is actually a descendant of the English game of 'rounders.' What Cartwright did was introduce a set of 20 rules that created a distinct game from that of rounders. He eventually spread the game across the country in 1849 as he journeyed west to San Francisco and Hawaii, where he eventually settled. 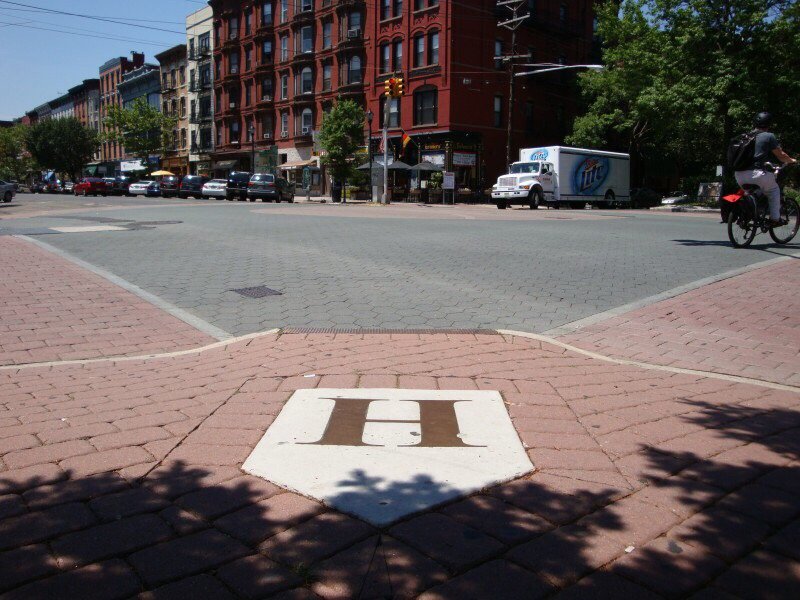 The location of Elysian Fields' home plate has been paved over in the name of progress.

History gave way to myth, however, when sporting goods magnate A. J. Spaulding took a group of ballplayers on a barnstorming tour around the world in 1907. When they arrived in England, the English laughed and said baseball was merely a game of rounders.

Incensed, Spaulding came back to the U. S. and appointed Abraham Mills to head the fixed search for the 'true origins' of baseball. Looking to establish baseball as a sport unique to America for patriotic reasons, Spaulding and the Mills Commission created the myth of Doubleday, who was a friend of Mills. (The commission partially based its findings on a letter from a criminally insane man, Abner Graves, who said he remembered Doubleday drawing a diamond in the dirt. The letter was discredited by the historians of the day.)

Henry Chadwick, an English transplant and leading sportswriter/baseball historian of his day, had documented the exploits of Cartwright and the Knicks. But his work was shunted aside due to Spaulding's propaganda campaign.

"The report was left on a shelf for 30 years before Stephen Clark, a Cooperstown businessman, put up the money for the Hall of Fame [in 1936]," Speiser says. "Ford Frick, the National League President, approached [Commissioner Kennesaw Mountain] Landis and they said, 'Let's not let fact get in the way of a good promotion.’”

While Speiser admits that it’s difficult to point to one person at one moment in history who ‘invented’ baseball, he notes that “there are certain watershed moments in sports, turning points, and the innovations that the Knicks gave to baseball are so important that they can be seen as a watershed moment in baseball history."